The fortress complex: how the West became obsessed with home security

That famous phrase, “an Englishman’s home is his castle”, neatly captures longstanding ideas about what the private home really is: a place which we can control and defend, a private territory where we decide who enters and who doesn’t. We all share a deep and primitive fear of intrusion and invasion, which lead us to see the home as a place of refuge.

So it seems strange that while crime has broadly declined over the past two decades across the Western world, we have also seen the appearance of many more gated communities and homes with extensive security systems.

In our new book, Domestic Fortress: Fear and the New Home Front we explore some of the explanations for this surprising trend. For one thing, withdrawal from public life has become something of an escapist fantasy, promoted by high-profile celebrities who use their wealth to pursue privacy. Think of Richard Branson’s island escape on Necker, the Barclay twins’ castle on Brecqhou in the Channel Islands, or Mark Zuckerberg’s purchase of neighbouring properties. 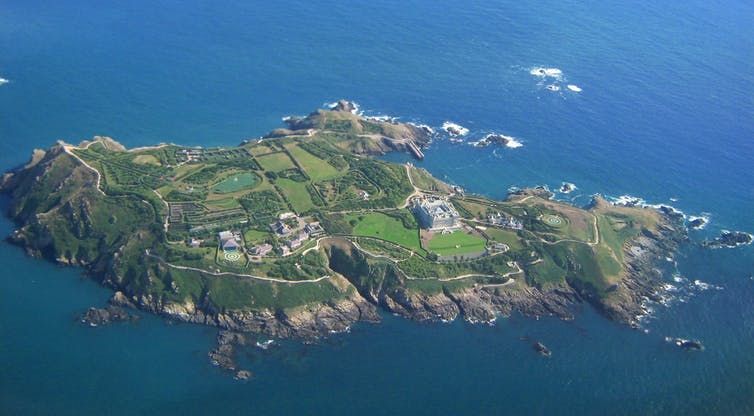 Yet in societies with high levels of inequality, these escapes may also create certain risks: in particular, sites of extreme wealth present targets for theft, which require additional protection. The result is defensive domestic architecture, which typically takes two forms: “spiky” or “stealthy”.

“Spiky” architecture displays security measures in plain sight, including towering walls, formidable gates, CCTV cameras and sharp projections. By contrast, some homes are so stealthy that they are almost invisible; disguised as bunkers or partly hidden underground.

Consider Kim Kardashian’s recent ordeal, when she was robbed at gunpoint at the Hôtel de Pourtalès – a private residence which Madonna and Leonardo DiCaprio also use when in Paris. In the early hours, five men dressed as police officers entered the building and forced the concierge at gunpoint to give them access to Kardashian’s apartment. Kardashian was tied up and gagged, while the thieves made off with £8.7m worth of jewellery. 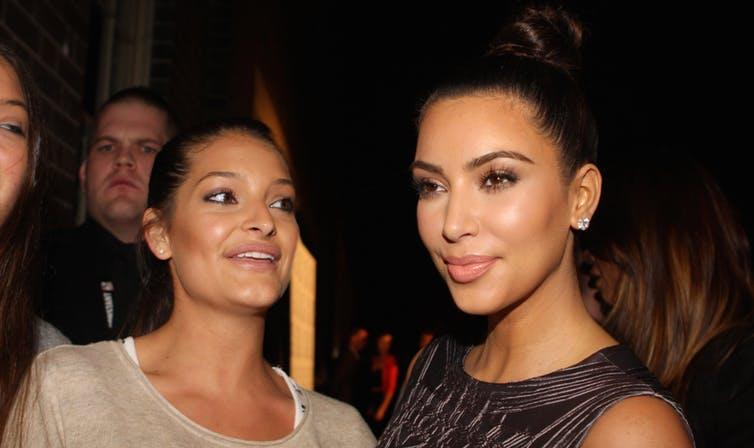 Although 20 staff service the nine apartments, the site has little visible security. The exterior of the mansion is completely discreet, with a private entrance from an underground car park; it is characterised by stealth rather than spikiness.

It’s unlikely that a similar intrusion would have been successful at either of the luxury mansions owned by Kardashian and her husband, Kanye West in Bel Air or Hidden Hills – a gated community so private that it is blanked-out on Google Streetview. There, full security – including structural and technological defences, as well as a personal armed guard – is provided 24 hours a day.

The insatiable demand for news about celebrities means that images of these properties are available whenever we want to see them. This feeds our aspirations and status anxiety about our own homes, encouraging more people to seek out further security, protection and fortification.

As a result, gated communities and various domestic security systems are now attracting the interest of people with more moderate incomes. Technologies such as infrared security lighting and burglar alarms have become cheaper over time, and their increased use has no doubt contributed to the declining burglary rate.

While around 700,000 households are burgled each year in England and Wales (one of the highest levels in the Western world), the reality of this risk is much greater for particular groups. It is not the ultra-wealthy, as one might assume – rather, people living in deprived areas (and minority ethnic groups, in particular) who are at the highest risk of burglary.

Housing tenure is also a significant factor: private renters are nearly 40% more likely to be burgled than owner-occupiers, while social renters are nearly three times as likely. Tenants typically have fewer security devices to protect their homes, and more importantly do not have the right to install additional defensive measures or modify their home, as they do not own it.

Instead of addressing these inequalities with public welfare and security provision, Western governments continue to encourage private home ownership as a form of financial security during old age, as well as a type of shelter that can be reinforced and secured using technologies, in ways that rented accommodation cannot.

But making fortresses of our homes can have destructive consequences. What has come to be known as the Castle Doctrine means that in most US states today, homeowners who feel that they or their property are under threat can kill an intruder with impunity.

In the US, a furore erupted when George Zimmerman shot and killed Trayvon Martin, an unarmed teenager walking through the gated community where he was staying and where Zimmerman was a member of the neighbourhood watch. Zimmerman was arrested, then almost immediately released, because Florida’s “stand your ground” laws meant he had committed no crime. He was charged with murder six weeks later, and ultimately acquitted by a jury.

So, the “forting-up” of homes and private neighbourhoods across the West can be linked to the fear of burglary and intrusion, but also to other modern insecurities. Obsession with ownership, concerns over national and urban insecurity and anxieties about social status combine to produce what we can identify as the “complex” of the fortress home. This is a general sense of anxiety, which is woven into wider fears about our future emotional, physical and financial security and family well-being that are strongly connected to the private home.

As young peoples’ aspirations to own their own homes are thwarted by escalating house prices, and anxieties about crime, terror and ecological risks spread, it seems likely that this complex – and the rise of “stealthy” and “spiky” domestic architecture – will continue.

Any cookies that may not be particularly necessary for the website to function and is used specifically to collect user personal data via analytics, ads, other embedded contents are termed as non-necessary cookies. It is mandatory to procure user consent prior to running these cookies on your website.